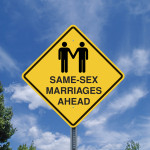 LAW TALK BY SOHEILA AZIZI "March Toward Equality" or "Threat to American Democracy?" The US Supreme Court's ruling in favor of same-sex marriage, issued on Friday, June 26, 2015,  is by no means an end to the heated controversy and polarization over this issue. The decision was a 5-4, and the deciding vote was cast by the conservative Justice Kennedy, who wrote that the U.S. … END_OF_DOCUMENT_TOKEN_TO_BE_REPLACED 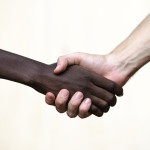 LAW TALK BY SOHEILA AZIZI Let us celebrate every day as the "Race Unity Day!" Second Sunday in June has long been celebrated across the world as "Race Unity Day," (Referenced as "Race Amity Day" prior to 1965). During the Jim Crow era, and before the U.S. Supreme Court announced laws against interracial marriages and antimiscegenation unconstitutional in 1967, "Race Amity" … END_OF_DOCUMENT_TOKEN_TO_BE_REPLACED

May 2015 Law Talk Why should the Courts be the last resort (not the first!!!) for resolving a majority of disputes? I strongly suggest you test your knowledge about the following inquiries before answering my rhetorical question! 1.  How well do you know the statutes relating to Court proceedings starting with filing requirements? 2.  How well do you know the other … END_OF_DOCUMENT_TOKEN_TO_BE_REPLACED

The Business Leader Spotlight Show: Q&A With Head Counsel Soheila Azizi Head Counsel Soheila Azizi recently appeared on the Business Leader Spotlight Show to shed light on the complex issue of divorce in California. During the 45-minute segment, Azizi discussed the process of divorce in California, the costs associated with hiring an attorney, the timeline of a typical … END_OF_DOCUMENT_TOKEN_TO_BE_REPLACED

One Nation Under God, Indivisible, With Liberty and Justice For (Almost) All! In her early years, our nation faced war, bloodshed and unrest when our founding fathers' vision of equality and "justice for all" were crushed by the evil practices of slavery and segregation. Now more than two centuries later, the ravages of racial inequality continue to prevent our nation from … END_OF_DOCUMENT_TOKEN_TO_BE_REPLACED

ATTORNEY SOHEILA AZIZI DEVOTES HER LIFE AND CAREER TO SERVICE By University of La Verne College of Law on Feb 11, 2013 A Tireless Advocate Soheila Azizi, J.D. 1993 ...Azizi was 16 when she started college in Iran. At that time, the Shah was still in power. When the Iranian Revolution began in the late 1970s, Baha’is were executed, imprisoned and denied rights. “My parents felt that being a minority, we just had to get out,” she said. One of her brothers left first and Azizi and her …