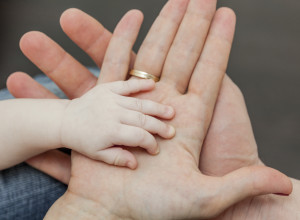 Luckily, with many states integrating acceptance of the LGBT community into their laws, the same goes for those who wish to adopt a child in California and many other states in the U.S. Adoption laws, as they stand, can already be a complicated subject in which you find yourself asking many questions. Over the years, rights of same-sex couples have been unjustly limited, making it difficult for two same-sex parents to discern if they are able to adopt. If you are somebody who is in a same-sex relationship or somebody who is single and wants to adopt, there are many laws that may include your rights that you will want to read up on.

Until just a few years ago, Florida was the only state with laws that did not permit same-sex couples to adopt a child, no matter what: single or as a couple. However, these laws did not apply to foster parents, so gay individuals and couples were both able to foster children. Then, a state judge took initiative and ruled that Florida’s 30-year-ban was unjustly unconstitutional, and it immediately hit the appeals process.

For couples who did not have the right to adopt based on state laws regarding same-sex adoptions, a “co-parent” adoption scenario would usually take place. In this situation, the people making up a same-sex couple would go through the legal process to adopt a child. Then, another person would file to adopt the child as well, without terminating the first person’s parental rights. This was always seen as an easy way around the system. In this regard, they were a bit like stepparent adoptions, but unfair to the couple involved.

Your Rights in California

Luckily for you, if you are a same-sex couple in California, you have many rights and freedoms granted to you to go through the adoption process just as any other couple. The state of California allows single LGBT individuals to petition to adopt, permits a same-sex couple to jointly petition, and allows same-sex partners to adopt a partner’s child if the situation calls for it. If you believe that you are being treated unfairly during the process, you have rights. Protect your rights by calling a family law attorney who understands your case and will help you in your time of need.