When You Are Facing Contempt in a Custody Matter 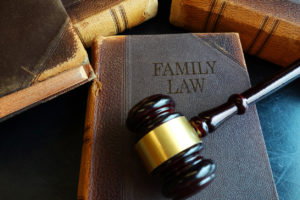 When you hear contempt, or your ex is threatening on taking you to court on this basis, you may feel confused or even scared. Perhaps you and your ex have joint custody and you forgot to tell your ex about a few doctors appointments, and now they are threatening you with returning to court on contempt. However, though you may think that this will be reason for you to lose custody or spend time in jail, this is probably not true. Many cases today revolve around financial contempt, when one parent has been ordered to pay child support and has not been doing so.

If an ex does not take the court’s advice to cure their contempt, then it may make sense for the court to consider sentencing jail time or imposing harsh fines. However, this may be counterproductive, because it is impossible to pay when your ex is in prison. The court will sometimes use this as a last resort when one parent is not abiding by any part of the order – to send them to jail because they are refusing to abide by the order and pay as promised. When your ex posts bail, they can use that money to repay the debt that is owed.

When Your Ex-Spouse is Holding Custody

A lot of cases also take place when an ex-spouse is refusing the other parent to have any custodial time as the order states. The court will then consider fines and compensatory visitation, which is visitation that is made up when your time has been withheld from you. The court could also likely change custody arrangements when one party is unwilling to follow the order regarding the two important types of custody: legal and physical.

To have a case of contempt, there are some elements that must be met. The ex-spouse must have knowingly failed to follow the court order or failed to do what they were supposed to do. In many cases, an order of contempt is brought with a motion to modify, as changes must be made to the other to get one parent to comply. It is imperative to speak to an experienced family law attorney when moving forward with your case. Call us today for more information on how we can help.

When You Are an Unemployed Mother Going Through Divorce