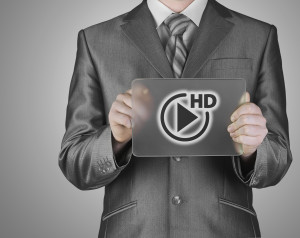 Can Online Chats Be Used as Evidence in Court?

In most cases, records of online conversations are admissible as evidence in court. Emails and social media posts have been used successfully in a variety of court cases, and chat room logs are no different.

However, it is important to remember that all evidence must go through the authentication process. For true authentication, the party bringing forth the evidence must prove that the evidence is what you say it is. It is not always enough for the chat to come from a username or social media account associated with the other party; rather, you must prove that the person behind the screen name/profile was responsible for the chat conversation being used as evidence. In other words, you must connect the dots and show that this person did, in fact, type the words in question.

There are two types of authentication you must go through to admit online evidence:

Proving that the other party did, in fact, post these things online can be tricky, especially with the potential for hackers to alter or manipulate a website. However, a rational judge can understand that the likelihood of a hack is very slim, and the party involved in the chat evidence cannot be “off the hook” simply by claiming the site was hacked. But on the other hand, it is up to the party introducing the evidence to connect the dots and authenticate the evidence.

There are several ways for chat evidence to be admitted, including:

Stipulation: The person named in the chat evidence can stipulate (i.e. agree) that he or she was responsible for typing the words in question.
Witness testimony: If someone else saw the person engaging in the online chat (or was the recipient of the online chat itself), he or she can testify that the chat happened as the transcript says it did
Connecting a person to his or her computer: In certain cases, you can link a person to a specific computer (from which chat conversations are extracted). Sometimes the location of the computer or the circumstantial evidence involved is enough to link the person in question to the online record.