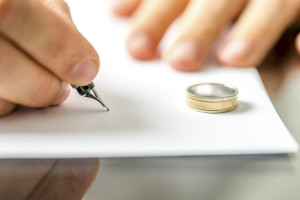 Same-sex couples worked for years to have the same rights as other couples seeking a marriage or divorce. With marriage equality, you would also hope that there is divorce equality, and this may be true – though the laws are still fresh and time will tell how it all plays out.

For Those in Domestic Partnerships

Because at one point same-sex couples were not permitted to marry, many of them in states that permitted it would have received a domestic partnership or civil unions. In the states that accept these partnerships, they are considered to be the same as marriages in legal terms. However, in states where domestic partnerships were never accepted, same-sex couples have found that it is difficult to receive a divorce in these situations. Luckily, these matters being handled at a federal level assure those in same-sex relationships that they will receive results on the same level as anybody who has entered into some type of marital situation. For example, if you were legally married in your state, the divorce may come easy. If you were in a domestic partnership, you may need to establish residency in the state where the union was performed before you are able to walk away from the marriage.

No matter what type of marriage or relationship you were involved in, it is important to understand your finances, custody matters, and more when you are looking to dissolve your marriage or union. Luckily, we are here for you. There are many considerations to be made in a variety of relationships and we can help you answer the big questions. Call us today for more information.

You Need to Know How Domestic Violence Can Affect Divorce

Do Joint Custody and Child Support go Hand in Hand?