Mental Illness and Custody: How This Impacts Custody Decisions 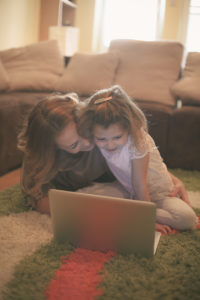 If one parent suffers from mental illness and you are going through a custody dispute, the court will take many things into consideration. If it has been brought up, it probably means that the court is assessing the mental fitness of the parent and whether or not it has an impact on their ability to parent to the best of their ability. If the parent is struggling to raise their child while dealing with mental health issues, the parent could be awarded limited visitation rights or denied access to the child until they are considered a fit parent.

The courts usually want a child to maintain a relationship with both parents. This is why they could award any of the following:

The courts will assess what works for the parents by determining who is able to provide the most stable environment for the child and to raise them in a competent manner. The courts might assume that, if one parent has a history of mental illness and it affected their ability to parent in the past, it might not be in the best interest of the child to live with that parent now. However, most courts will not deny visitation time altogether, as they believe that no matter what, it is important for a child to be in the life of both parents to some capacity.

If you or the other parent suffers from mental illness and wonder how this will affect custody, speak with us. We care about your case and want to help you gain real results. Call us for more information.

Watching Out For Unfair Tactics After Child Custody Rulings

The Effects of Annulment in Many Aspects of Your Life