You and your ex have successfully divorced and spoken about the parameters of your custody order. You feel good about things and the direction your life is taking. But then, suddenly, you receive a job offer and believe that you’re going to take it – but it’s in another state. And though you probably won’t have any issues working through custody with your ex, you may wonder if your custody order follows your child to the new state you’re going to live in. Today we will discuss something known as “full faith and credit” and how it applies to your case and protects your child’s interests.

Full Faith and Credit in Custody 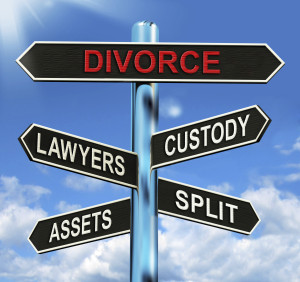 A federal law known as the Full Faith and Credit Law helped bring consistency after state custody laws dictated everything else. This federal law, perfectly created for situations like the one we mentioned, requires every state in the U.S. to enforce custody visitation orders made by the courts of another state. This means, if you and your spouse went to court over custody in Florida and you have decided to move to California, your custody order will transfer into California and continue to apply until somebody changes it. But what is the child’s home state? This is dictated by the state where the child lived with one or both of their parents for at least six consecutive months.

To make the laws easy to understand, the court is unable to modify an order made by a court in another state. If custody proceedings have been started in one state, the courts in another state cannot exercise jurisdiction or make their own custody determinations. However, if the case has denied handling the case and believes you should solve matters in another state, then it will be permitted.

When one party lives in another state, custody can sometimes become a confusing matter. However, you still have rights and an experienced family law attorney can help. Give us a call today so we can talk about your case and help you understand all aspects.